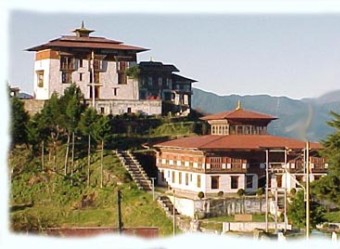 Traversing the realm of Kheng culture Inhabitants of Zhemgang are culturally called the Khengpas. The region remained closed to tourism for many years. In the recent years only a small part was opened for bird watching. This newly opened region is the jewel of tourism in Bhutan. Zhemgang people here are grouped under three regions of upper, middle and lower Kheng.

If you are interested in the last of the animist traditions in Bhutan, this is the region. They invariably celebrate a number of shamanistic practices which is locally known as Bon. Khengpas are adept artisans and are known for their bamboo products like wine containers, baskets, matted bamboo carpets and other cane products.

In the good old days this region cultivated a substantial amount of cotton, a major part paid as tax to the government, besides textiles woven out of cotton. Historically there are traces of the advent of Guru Rinpoche (from the 8th century) though visible records can be seen mostly from the 15th century.

Temples like Buli lhakhang in Buli village and Tharpa Choeling is associated with the treasure revealers Terton Pema Lingpa who is famous for the Peling tradition of Buddhism. The Bhutanese Royal Family is a direct descendent of Pema Lingpa. Traditionally, the Kheng region was divided into three regions of Chikhor (Uper Kheng), Nangkhor (Middle Kheng) and Tamachok (Lower Kheng).

Popular tourist attractions in Zhemgang are :