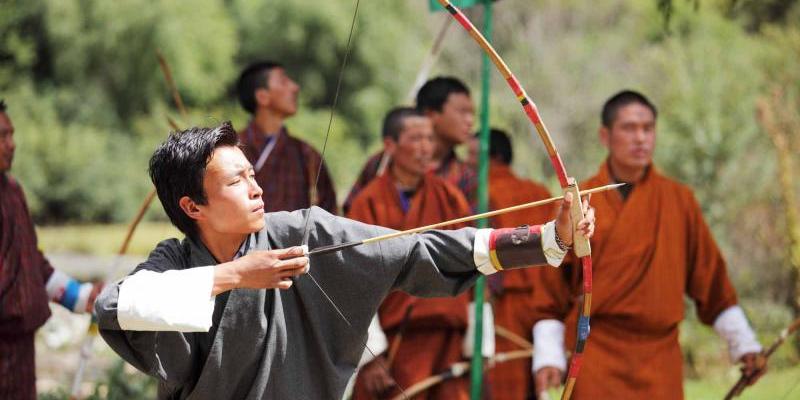 The national sport is the Archery (Dha). The bow(ZHU) and arrow(DHA) play a significant role in many Bhutanese myths and legends; images of the gods holding a bow and arrows are considered especially favorable.

Archery was declared the national sport in 1971 when Bhutan became a member of the United Nations. Bhutan also maintains an Olympic archery team. Archery tournaments and competitions are held throughout the country. Archery is played during religious and secular public holidays in Bhutan, local festivals (tsechu), between public ministries and departments, and between the dzongkhag and the regional teams.