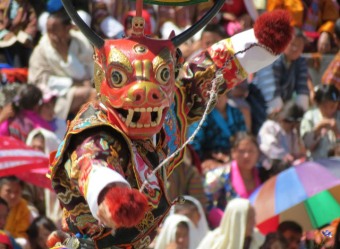 This most unique ,exciting, cheerful and rather daunting festival has gained immense popularity amongst tourists owing to its uniqueness compared many other ones. Its highlight is the "Mewang" - the fire blessing ceremony and the "Tercham" - a religious naked dance. The festival held in honour of Guru Rinpoche, the saint who introduced Buddhism in the 8th century and to commemorate its establishment during the 7th century.