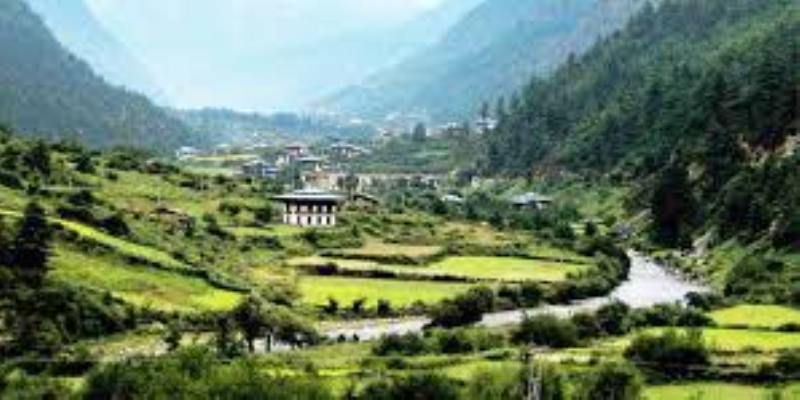 About Haa: The valley of the Guardian spirit

The Haa Valley is one of the most picturesque districts in Bhutan. An ideal day trip from Paro beyond the beautiful Chelila Pass .The ancestral home of the Royal Grandmother and the Dorji family. The district adjoins the districts of Paro, Chhukha and Samtse, covering an area of 1706 sq. Km.

It is one of the smallest districts in the country. Legend says that the Haa valley, before the 8th century, was wrapped up in animist tradition. Still some elements of this belief system exist in form of festivals and rituals. The tantric master Padmasambhava visited the valley in the 8th century and transformed some blood sacrificing animist beliefs into peaceful Buddhist traditions. Ap Chundu and several other deities, once hostile animist forces, were subdued and made the guardians of the land.

Popular tourist attractions in Haa are :

The Summer festival at Ha valley is an annual festival where you get an opportunity to explore the Alpine valley which is a favourite haunt of the nature lovers with lakes and mountains. You also get an opportunity to participate in the nomadic life styles of the Haaps and feel the experience of ancient Bhutan besides savouring the delicacies of the Haaps, especially the Haapi Hoentoe, a dumpling. You may also take rides on Yaks and horses back and compete in the traditional game of khuru, archery and soksum and try hitting the bull's eye.

You may also share a night or so in the traditionally built farmhouses and experience the true essence of cultural exposure. We can design tours that will allow you to experience farming of the valley's staple crops of wheat, potatoes, barley, millet and ample green vegetables. Trekking will reveal the legends of Nob Tsonapatra (highland lakes) and yak herders livelihood. We present the best of Haa during the Summer Festival and other festivals as listed here.

The construction of the Wangchulo Dzong was commissioned by Gongzim Ugyen Dorji, the Grandfather of the Royal Grandmother Ashi Kezang Choden Wangchuck. The Dzong structure resembles the Wangdicholing palace in Bumthang that was the seat of the 1st and 2nd Kings.

This is another fortress in the Haa valley. The fortress is located on 11 kilometres away from Chunzom towards Haa proper and was built in the 16th century by a Tibetan Lam Nawang Chogyal. The five storied fortress is perched on a hilltop and flanked by a hair-raising ravine descending to the basin of the Pachu-Wangchu. It was once one of the main centres of Drukpa Kagyudpa teachings, the state religion of the country. From the fortress one can view the lush green forests of Chhukha Dzongkhag with the highway running across it.

This hundred year old temple was founded by Dali Lam Sangay Gyatso who served as the bbot of Nub Dali Dzong in Tibet. People believe that the temple is thus modelled on the lines of the Nub dali Dzong. It is located in Lungsekha village in Isu gewog.

A place of importance in the valley is the Shekhar Drak temple that is ensconced at the foot of a cliff with its walls melded in the rock. A visit to the temple will be truly an spiritually fluffing one.